Here at Arnica Clinic, we have a legend.

Long ago, in a location that we no longer have the right to reveal, there lived an ancient tribe by the name of Arnuchi. This tribe specialized in the art of healing. Men and women alike would often leave the safety of their homes to travel long distances in search of the Arnuchi Tribe, for they often possessed remedies that other tribes did not. The Arnuchi tribe was never picky about the people that they healed, they only wished to help as many people as they could.

After several years, the Arnuchi tribe had become very well known and before long, people from near and far had heard of their healing talents. The news had spread so much that even the elves, little creatures who lived in the forests all over the land, heard word of The Arnuchi Tribe and of what they could do. The Elf king had recently fallen ill and nothing the elves could do had helped. Finally the Elf king was in so much pain that he demanded to be sent to this healing tribe, for if anyone could heal him now, it would be them. The elves obeyed their leader, and for the first time in history, together they travelled across rivers and fields until finally they reached The Arnuchi Tribe, the first humans they’d ever made contact with.

The Arnuchi leader summoned her best healers, each specializing in a different field. Together they worked dutifully on the Elf King’s well-being, until finally, the last drop of illness had left his body and he was healed.

“ How may we repay you?” The king asked, forever grateful to the healing tribe.

“ We desire nothing.” They replied. “ We only awakened the healing powers your body already had within.”

“But there must be something that you need.” The Elf King insisted.

The tribe leader shook her head, ” We only wish to spread our love of healing to this world.

The king thought long and hard, for there had to be something he could give. Finally a brilliant idea sparked in his mind. He summoned all of the healers who had helped him and he requested a hair from each. Cautiously, each healer plucked a hair from their head and placed them into the King’s out stretched palm. The Elf wrapped his tiny fingers around the hairs and muttered a string of strange words under his breath. As his fingers uncurled the people of the tribe gasped in amazement, for in the place of the hairs lay a bright yellow flower.

“This flower can cure almost any illness.” The King said proudly. The leader of the Arnuchi tribe accepted the gift with gratitude.

From that day forward, the Arnuchi Tribe grew the plant all over their land. Today we know this simple flower as the Arnica Montana.

Now in modern day times, the Arnica flower can no longer heal all illness, but the power it holds is still great. Here at Arnica Clinic, we continue to believe in the same mentality of our ancestors. We thrive to help anyone and everyone we can with the gifts that our we were given.

Uncovered and transcribed by Anna Chen 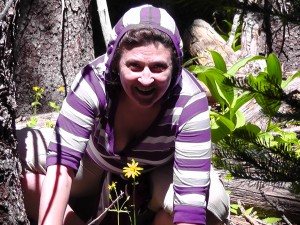